The majority of people with hearing loss in Boone experience an impairment in both ears. For a small percentage, impairment is confined to one ear. You might think this is preferable to being affected in both ears, but single-sided hearing loss presents unique challenges that often make it even more difficult to communicate.

What is Single-Sided Deafness? 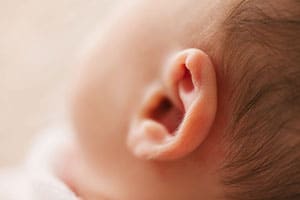 Most of the time, hearing loss affects both ears equally. But about 60,000 people in the U.S. have hearing loss in only one ear. This is known as single-sided deafness (SSD) or unilateral hearing loss.

There are many possible causes of SSD. The most common ones are:

While SSD might seem better than having hearing loss in both ears (something is better than nothing, right?), in reality it makes treatment more difficult. This is because hearing aids are much more effective at treating hearing loss in two ears, especially when it comes to localization (determining where a sound is originating from). Those with unilateral hearing loss in Boone struggle most to understand speech over noisy backgrounds.

How is Single-Sided Deafness Treated?

With a few rare exceptions, single-sided deafness is permanent. Hearing aids don’t offer the same benefit to these patients, but an alternate type called Contralateral Routing of Signal (CROS) hearing aids can help them communicate more effectively. Unlike conventional hearing aids, these consist of an amplifier placed next to the good ear and a microphone in the vicinity of the damaged one. Sounds are transmitted from the normal ear to the impaired one, helping improve localization and overall hearing ability. Patients with some degree of hearing loss in one ear and complete deafness in the other may benefit from a similar hearing aid known as a BICROS.

Bone anchored hearing aids (BAHA) are another possible option for people with SSD in Boone. These surgically implanted devices utilize the bone’s natural conductivity to transmit sounds from the good ear to the damaged one. Vibrations in the bones stimulate the hair cells in the inner ear, improving the individual’s ability to hear.

The type of treatment will depend on several factors, including your degree of hearing loss and hearing ability of your unaffected ear. Your Boone audiologist will determine the solution best suited to your unique needs.