We’re betting that pretty much everybody has experienced a sore throat in Boone at some point in their lives. They usually occur in conjunction with a cold or flu and, while symptoms typically clear up quickly, that itchy, scratchy sensation is never pleasant to deal with – even when it’s brief. Worse still is strep throat, which can cause misery for days. Researchers in Britain and Australia say the discomfort associated with sore throat and strep may be a thing of the past someday. 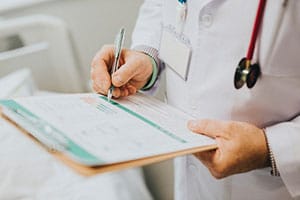 A group of scientists looking into the bacterium that causes scarlet fever and severe sore throat found significant differences between strains of Group A Streptococcus bacteria in 22 countries, but there were enough common molecular targets across many strains to give them hope that a vaccine can be developed. If so, hundreds of thousands of Strep A infections could be prevented every year.

Strep A is ranked as one of the top 10 causes of death from infectious diseases in the world, responsible for an estimated 500,000 fatalities a year. The bacterium is responsible for several different infections that threaten populations across the globe, including Strep throat and scarlet fever, as well as rheumatic heart disease, a problem for select groups such as Aboriginal Australians. The sheer volume and variety of Strep A strains has hampered efforts at developing a vaccine up until now.

A collaborative team of researchers from Wellcome Sanger Institute and Cambridge University in Britain, and Doherty Institute and Queensland University in Australia, worked together to sequence the DNA from over 2,000 Strep A samples in 22 countries, including African and Australian Aboriginal populations. Their results were promising.

Mark Davies of the Wellcome Sanger and Doherty Institutes, a co-leader of the study, said, “Using all the data we collected, we narrowed down common genes in almost all strains of Strep A globally.”

Colleague Mark Walker, director of the Australian Infectious Diseases Research Centre, believes the results should “renew the momentum” and spur scientists to develop a universal Strep A vaccination. “This is a tremendous step forward in identifying what may work as a global vaccine candidate,” he said. Pharmaceutical companies will be able to utilize the database to study molecular targets that have the best potential for targeting the bacterium. These could then be turned into an effective vaccine that might save hundreds of thousands of lives a year.

In the meantime, antibiotics are still your best bet against strep throat – and your Boone ear, nose and throat specialists says over-the-counter medications and saltwater gargles are about all you can do to easy the discomfort of a sore throat. If your symptoms persist for more than a few days, it’s a good idea to schedule an appointment in order to rule out anything serious.