Hearing disorders take many different forms. An estimated 15 percent of adults in Boone are extremely bothered by everyday noises that most people don’t even give a second thought. The name for this condition is misophonia, and it can impact many facets of your daily life – but help is available. 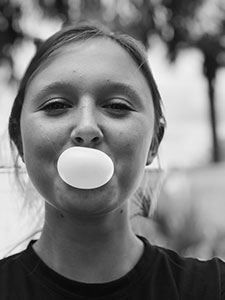 Misophonia is a disorder that causes an aversion to common sounds. It can generate intense emotional or physiological reactions such as fear, rage or panic. If you’ve ever felt your skin crawl in response to somebody dragging their fingernails across a chalkboard, you’ll have some idea of what people with misophonia experience – only their reactions are considerably worse, so over-the-top they develop a hatred for certain sounds. The disorder is sometimes referred to as selective sound sensitivity syndrome and is thought to be a survival mechanism employed by the brain in response to a perceived threat.

Common misophonia triggers include oral sounds such as chewing, throat clearing, coughing and nose blowing; finger or keyboard tapping; clicking a pen; humming and even breathing. Sometimes, small repetitive motions – somebody fidgets, wriggles a foot or accidentally brushes against you – are enough to provoke an exaggerated response.

Doctors aren’t sure what causes misophonia, and up until a few years ago, it didn’t even have a name. Patients were often diagnosed with mood disorders, especially when they displayed anxiety or depression – emotions that often accompany misophonia.

A recent study, while small in scale, offers some insight into the mechanisms that trigger misophonia. Researchers from the University of Iowa examined 20 adults with the disorder and 22 without. Their results, published in Current Biology in 2017, indicate that the brains of people with misophonia appear to respond differently to certain sounds. Each group was asked to rate the unpleasantness of a variety of different sounds, including common triggers such as eating and breathing, universally-disparaged negative sounds like the aforementioned nails on a chalkboard and neutral sounds such as footsteps or chirping birds. Participants responded to the neutral and negative sounds in the same ways, but those with misophonia rated the eating and breathing sounds as “highly disturbing” while those in the control group did not.

The individuals with misophonia also displayed signs of physical stress when exposed to the trigger sounds. Their reactions included an increased heartrate and sweaty palms. Furthermore, brain scans showed unusual activity in the parts of the brain where emotions are processed.

Many experts found the study interesting but pointed out several problems including the small sample size and self-reported questionnaire rather than a face-to-face interview with a trained clinician to specifically diagnose the disorder. Still, it’s a start, providing researchers with some target areas in the brain to focus on.

Treatment of misophonia is a challenge for several reasons. The condition still isn’t widely-known or universally-accepted. The National Institutes of Health list it as chronic disorder on their rare diseases website but it isn’t an officially-recognized mental disorder in the DSM-5, making it difficult for doctors to diagnose and rare for health insurers to cover the cost of treatment.

Those with misophonia in Boone are likely to achieve the best results by taking a multi-disciplinary approach to treating it. This might involve a combination of sound therapy, breathing exercises and counseling that focuses on coping strategies. Antidepressants may be prescribed for some individuals, as well.

If you experience intense emotional responses to certain sounds and would like to explore options for treatment, reach out to your Boone audiologist today.